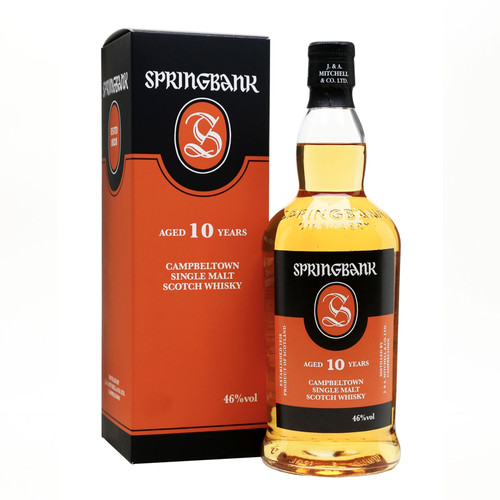 Blended from a mixture of bourbon and sherry casks, the light colour of this malt belies the richness of its character. The nose has a wide range of aromas, from citrus fruits to pears and a hint of peat, while the palate shows touches of smoke, vanilla essence, nutmeg, cinnamon and the salty tang characteristic of the distillery. Picked up the top prize in its category at the World Whiskies Awards 2014.

NOSE - I’m very glad to report that Springbank’s style is now almost the same as it was in the 1960s or early 1970s, which the comparison with the old 5 shows well. Phenolic, mineral, waxy, briney, coastal (seashells) and farmy (‘farmyard after the rain’), resinous (pine needles)… Truly beautiful. Still hints of bitter oranges but less so than in earlier recent Springbanks.

MOUTH - Wow! Fat and oily, much peatier than other Springbanks, as if they had thrown a few casks of Longrow into the vatting. Peppery, salty, waxy, lemony, orangey… Just great.