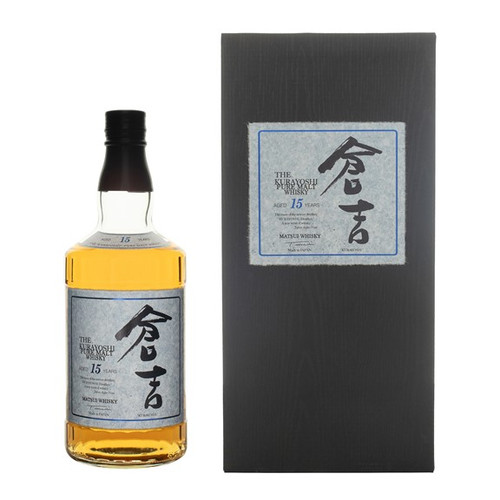 Founded in 1910, Matsui Shuzo is located in the Tottori Prefecture, Northwest of Kyoto and Northeast of Hiroshima, on the shore of the Sea of Japan. Over 14% of the prefecture is a natural park, packed with lush vegetation, rugged coastlines, rivers, and lakes.

Matsui Shuzo is historically known in Japan as both a sake brewery and shochu distillery. While the juice in Kurayoshi is 100% malted barley, the spirits themselves have been sourced from distilleries around Scotland before making their journey to Japan, where they are blended with Japanese-distilled malted barley, then aged (3-18 years). The whisky is then proofed down with the famously soft ground waters of Tottori Prefecture. All expressions of Kurayoshi are non-chill filtered, with no caramel added, and over 40% ABV.

Matsui has proven itself to be masterful in blending and aging whisky with both its Kurayoshi and Tottori collections, and is now stepping confidently into the world of whisky distillation with it’s single malt collection entitled, “The Matsui”.