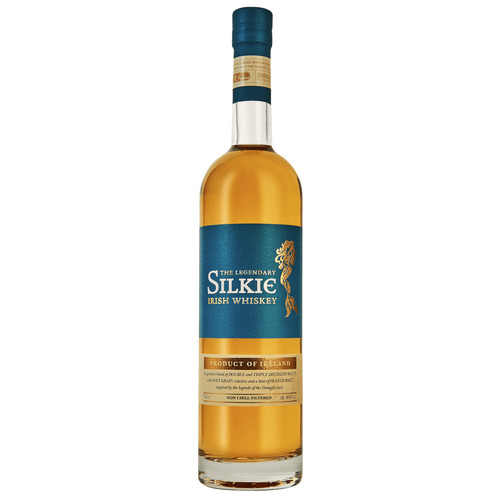 Named after the mysterious Silkies, mythical sea maidens that legend says once lived off the coast of Donegal. This is the first whiskey released from the newly formed Sliadh Liag distillery. Plans are still currently in action to build the distillery in Donegal and the whiskey for Silkie was sourced elsewhere.

A marvellous Irish blend from Sliabh Liag Distillers in Donegal, made with a combination of double distilled, triple distilled, peated malt, and grain whiskey. The name comes from old tales of shape-shifting sea creatures that transform into irresistible human-like beings.

Finish: Caramel sticks around on the finish for a good long while.