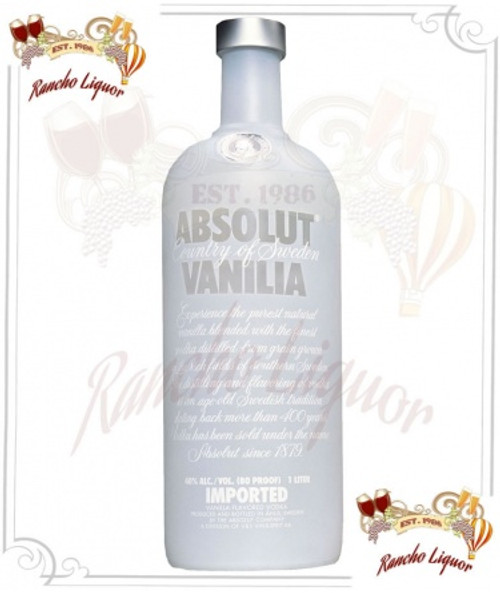 Absolut Vanilla was introduced in 2003. Basically because vanilla is one of the most beloved flavors in the world. And it wasn't long until that fact was reinforced through the instant success of Absolut Vanilia "? it is almost equally popular as vanilla itself. Absolut Vanilia is made exclusively from natural ingredients, and unlike most other flavored vodkas, it doesn't contain any added sugar. Absolut Vanilia is rich, robust and complex. It has a distinct character of vanilla, notes of butterscotch and hints of dark chocolate.