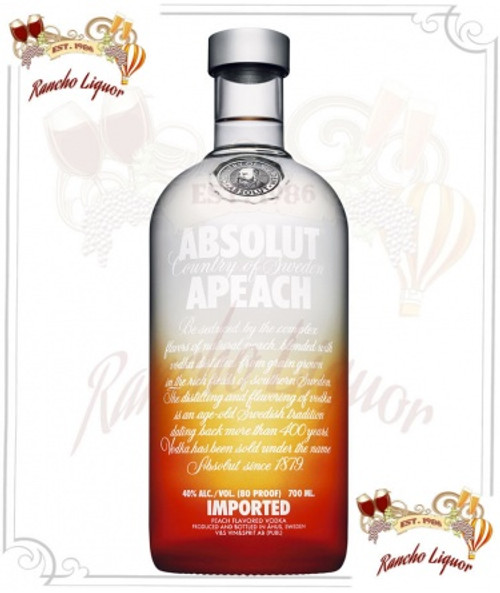 Absolut Apeach was introduced in 2005. It soon found its following around the world, both in Asia where the peach fruit is originally from, and in Sweden where Absolut is from. (By the way, Absolut also found some devotees in the countries in between). Absolut Apeach is made exclusively from natural ingredients, and unlike most other flavored vodkas, it doesn't contain any added sugar. It's smooth and mellow, with a sophisticated and fruity character of peach.