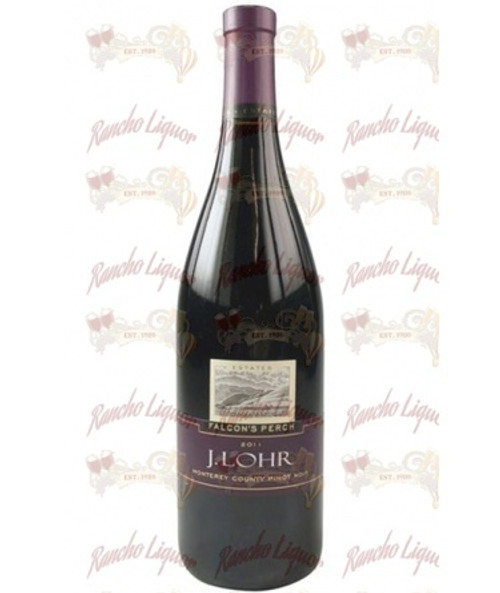 *All wines are sold in the latest year's stocked vintage

A delicious Pinot Noir to drink now with upscale fare. It?s very fruity, offering a burst of raspberries and cherries, together with a coat of sweet, smoky oak. But crisp acidity and smooth, silky tannins provide a balanced structure.

Falcon's Perch Pinot Noir, produced by J Lohr Vineyards is located in the beautiful Arroyo Seco Wine Region of Monterey County. The winery is not far from the Monterey Peninsula in California, a noteworthy destination in its own right. In 1960, Jerry Lohr was among a handful of early winemaking pioneers who chose to gamble on the California Central Coast where he establish J Lohr Vineyards & Wines. Originally from South Dakota and armed with extensive research and knowledge of the California Central Coast, Jerry made the Arroyo Seco area in Monterey County home for his first vineyard. The gamble paid off. This area has since become an acclaimed wine region. J Lohr Vineyards and Winery is one of the few remaining estate-focused wineries of its size. This is partly due to the consistent involvement of the founding family and a passion for winemaking in the following generation. J Lohr Vineyards Falcon's Perch Pinot Noir is named after a bird that has made its home in a lone pine tree among their vines. They believe that it's there to safeguard the grapes from pests, maintaining the balance in a fragile ecosystem. This is nicely expressed in their commitment to sustainable wine cultivation practices.
×