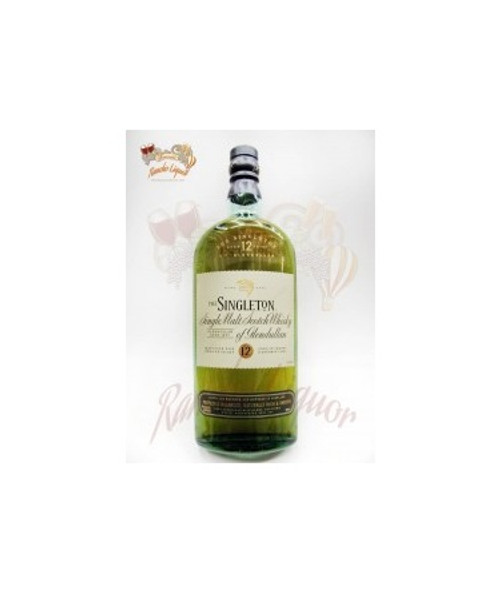 They say that Rome was built on 7 hills "? and Dufftown, built on 7 stills

As the road winds out of Dufftown alongside the River Dullan to Keith, we pass many of the 7 distilleries located in the vale: there's old Pittivaich, Mortlach, Glendullan and The Dufftown distillery itself. The single malt made here is bottled for your pleasure as The Singleton ? of Dufftown.

Dufftown Distillery was the sixth distillery to be set up around the town. The buildings are authentically 19th Century and bunch together beside a stream in a pretty dell surrounded by hills and trees. Floor maltings were used right up 1968 and modern condensers bring the vapours back to liquid form.

The distillery first drew water from Highlandman John's Well in 1896 and continues to do so to this day. The Dufftown distillery features 3 pairs of stills. Curiously, the new-make spirit that runs from them is best described as "spicy" in character, but 12 years in the wood softens this to a charming warmth. While most of this whisky will be matured in American oak casks, a small proportion is aged in former European sherry butts and it is the marrying of these two that gives The Singleton ? of Dufftown its perfectly balanced appeal.

The Singleton ? is rich and rewarding with every sip. It's eminently drinkable. Best of all, it is accessible to the new malts consumer. The waft of citrus sifts through the sweet fruit and hazelnuts on the nose while spicy blackcurrant slides effortlessly over the tongue.

The unique bottle shape of The Singleton ? of Dufftown is inspired by a traditional hipflask while the colour of the glass is redolent of the blue flint glass used at the turn of the previous century.