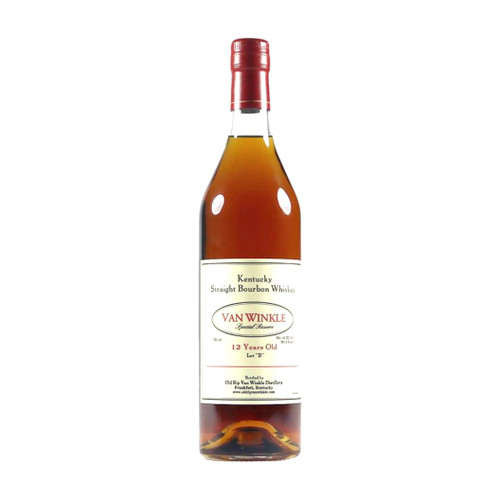 In 1893, Julian Pappy Van Winkle Sr. began working as a traveling salesman for the W.L. Weller & Sons Company in Louisville, Kentucky. Weller & Sons was a liquor wholesaler and sold bourbon behind various labels, including Old Fitzgerald and Rebel Yell. After the turn of the century, Van Winkle purchased Weller & Sons Co., together with the Stitzel Distillery (the distillery produced most of the bourbons sold by the wholesaler), and merged the two companies. While Prohibition forced most distilleries to close their doors soon thereafter, Van Winkle was granted a license to continue operating his distillery and producing whiskey for medicinal purposes. By the time of his death in 1966 (at the age of 91), Van Winkle was the oldest active distiller in the country.

Van Winkle Bourbons pays homage to one of the whiskey industry's founding fathers. Their bourbons are made from a wheated bourbon recipe, meaning that the secondary ingredient used in the bourbon is wheat instead of rye (other bourbons, such as Larceny Bourbon, have similar mash bills). After the bourbon has been distilled in the heart of Kentucky, this Special Reserve Lot “B" bourbon is aged for 12 years and bottled at 45.2% ABV. This young Van Winkle is extremely elegant and refined for its age, featuring compelling notes of baking spice, citrus, nutty notes and charred sugar.