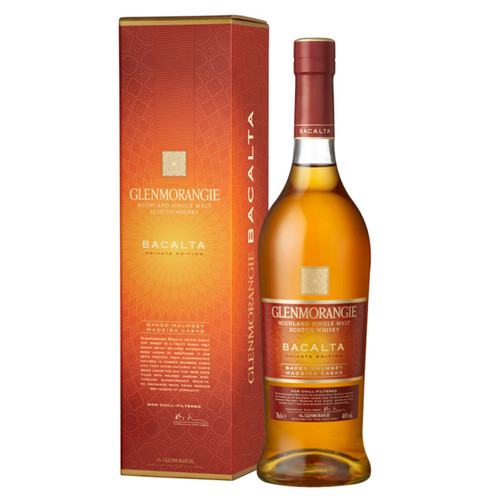 Bacalta is the eight release in Glenmorangie's annual Private Edition series. Finished in casks which were seasoned with Malmsey Madeira, this is rich and fruity with notes of caramelized apricots, dates, almonds and honeycomb.

Another addition to the Glenmorangie Private Edition range! Released in early 2017, Bacalta is the first expression from the distillery which has been finished in sun-baked Malmsey Madeira casks. Dr. Bill Lumsden had bespoke American oak casks made and heavily toasted, then seasoned with Malmsey wine and left to bake in the heat of Madeira’s sun. The casks were emptied and shipped to Scotland to finish the Glenmorangie whisky, which had been matured in ex-bourbon barrels.