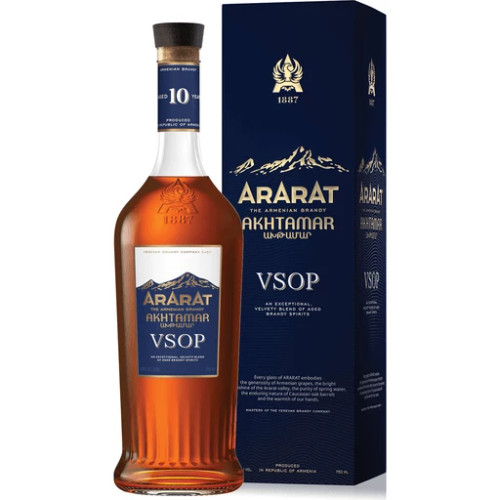 The brandy takes its name from the Aktamar Island and the legend surrounding it. According to Armenian folklore, a princess named Tamara lived on the island, who was in love with a local commoner. The boy would swim each night to visit her, guided by a light she lit for him. Her father became aware of his visits, and broke the lamp, leaving him swimming in the lake without a guide. He drowned in the fearsome waters of Lake Van and when his body came ashore it seemed as if the words “Akh, Tamara” (Oh Tamara) were on his frozen lips. The Armenian national poet, Hovhannes Tumanyan, famously retold this story in his 1891 work, Akhtamar.

Made with local white grapes, and aged for 10 years, this is a flavoursome and mature brandy.

An excellent value brandy with a superb backstory.