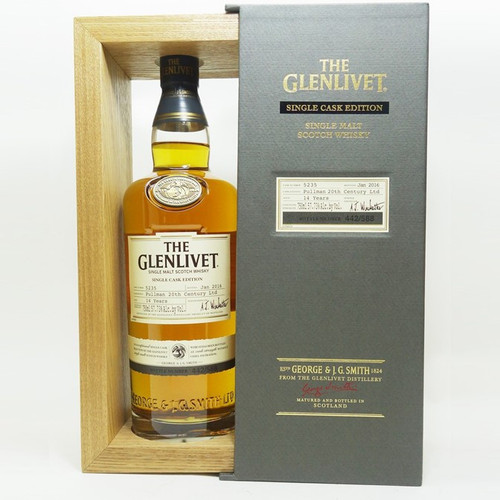 One of the most famous and fastest trains in the world at the time, the 20th Century Limited could travel overland from New York to Chicago while passengers got a restful night’s sleep in their Pullman berths or enjoyed a late-night Glenlivet Rob Roy in the well-appointed club car. Filled in a European oak cask in 2002 and aged for 14 years, the Pullman 20th Century Limited is full of autumn fruit, with touches of creamy fudge and ginger-marmalade. It was bottled at 115.46 proof, and only 588 bottles were produced.