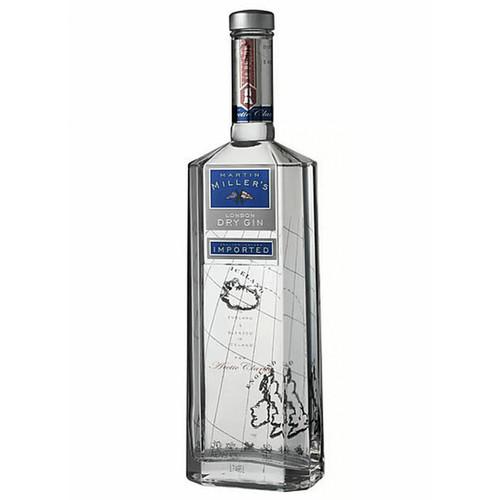 Distilled in two separate batches, the team behind Martin Miller’s gin separates the citrus from the other botanicals in order to attend to them separately. Pot distilled at the famous Langley’s Distillery, the real story isn’t the first where [England], but where it goes from there: to Iceland. Where the distillate is diluted with fresh Icelandic water, which purportedly adds fewer impurities (in parts per million) than water found anywhere else in the world. Whether those impurities are found in quantities above the human threshold for detection are left* up for debate; but the Iceland mythos is an important part of the story that Martin Miller’s Gin tells from the water inside to the designs of the bottles.

The gin uses a relatively straightforward list of botanicals: juniper, coriander, angelica, orris, cassia, cinnamon, licorice, nutmeg, iris, and Seville orange. Although not officially disclosed, drinkers have long suspected some cucumber essence added post-distillation, owing to the bright cucumber taste present [more on that in a second], but officially nothing is stated as to that regard. The only hint we have is that the bottles have undergone a re-design in the past decade which removed the words “London Dry Gin” from the bottle. [old vs new]. Since we know the term “London Dry” prohibits the addition of flavors/sweetening above a microscopic signing amount, this may be a suggestion that the hypothesis is not far off. But for now, just know there is indeed an unmistakable cucumber note and no reference to cucumber in the botanical list.