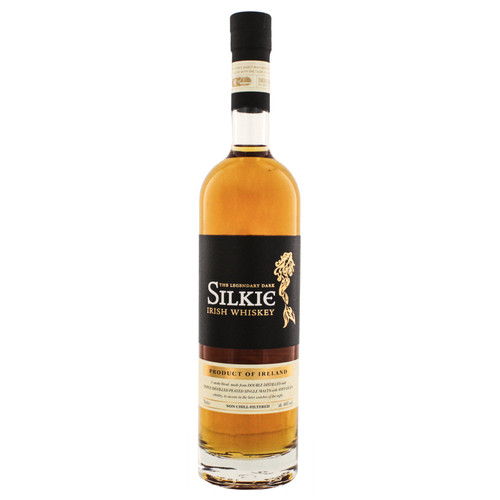 Following in the footsteps of the multi-award-winning Silkie Irish Whiskey, Dark Silkie is the latest addition to the Sliabh Liag Distillers arsenal. Inspired the strong tradition of storytelling prevalent in Donegal society, Dark Silkie takes its name from the mythical Silkies of the Donegal Coast, seal-like shape-shifting who shed their skin, often taking the shape of beautiful sea-maidens.

Sliabh Liag Distillers has shown its smoky side with this Irish blend, dubbed The Legendary Dark Silkie! Taking inspiration from 19th century Donegal whiskey, a triple distilled peated single malt is at the core of this expression, peated to about 22ppm and matured in sherry casks. It's then blended with a bourbon-matured single malt as well as a grain whiskey having been rested in virgin oak. The result? A fruity, subtly smoky and dry bottling which is sure to convert Irish whiskey lovers to a hint of peat!

Finish: Toasted nuts and sweet malt, with gentle smoke in the background.