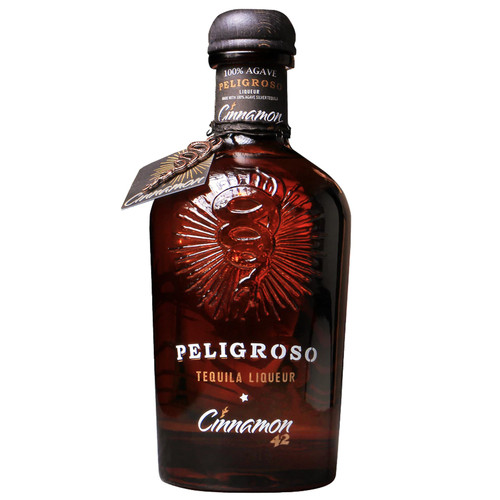 Peligroso Cinnamon Tequila is a warming liqueur made with cinnamon and an array of secret ingredients. Great on its own or in a range of cocktails.

Peligroso Cinnamon liqueur is made from a base of their silver tequila but infused with cinnamon and sugar. Unlike many liqueurs on the market, it is bottled at a crowd-pleasing and raucous 84 proof (much higher than Fireball at 66 proof or even Goldschlager at 80). It is designed as a shooter.

Nose: The nose is full of Cinnamon.

Palate: Cinnamon bark is the star in this clear rum with a hint of capsicum spice and subtle building heat on the finish.