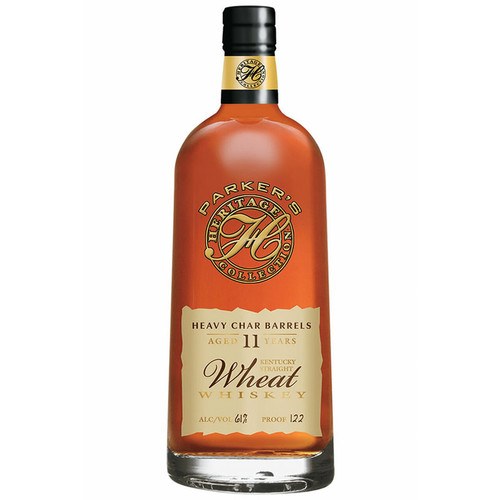 Each year as part of the Parker's Heritage Collection, we select a special whiskey to be released in the name of our late Master Distiller Parker Beam. The barrels selected for this series include Bourbon, Rye, and Wheat Whiskeys, among others, and are some of the finest and most diverse American Whiskeys ever produced. They are a fitting tribute to the expertise of Parker Beam.

The 15th edition of Parker's Heritage Collection features the same mashbill as Bernheim Wheat Whiskey, but aged in specialty barrels that were charred for 90 seconds, as opposed to our traditional 40 seconds. Continuing the award-winning series of heavy char releases, these "Level 5" barrels were aged for a full 11 years, where the heavier char allowed the whiskey to penetrate further into the barrel, bringing forth honey and subtle cinnamon spice. The 75 barrels reached peak maturation on the sixth floor of Rickhouse Y. It is bottled without chill filtration at 122 proof. Developed by Heaven Hill Distillery’s own Master Distillers, Wheat Whiskey is the first new style of American Whiskey to be introduced since Prohibition.