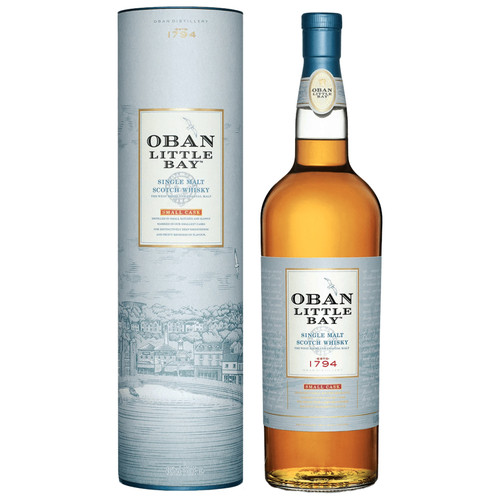 Oban Single Malt Whisky is made using 100% barley, which is malted to the distillery’s exact specifications. After the barley is malted, it is partially germinated and gently dried over a peat kiln, giving it a slightly smoky, malty flavor profile. Then, the malted barley is mashed and fermented before being twice-distilled through Oban’s lantern-shaped copper-pot stills. The stills are among the smallest in Scotland, and limit Oban’s production to just 650,000 liters of whisky annually.