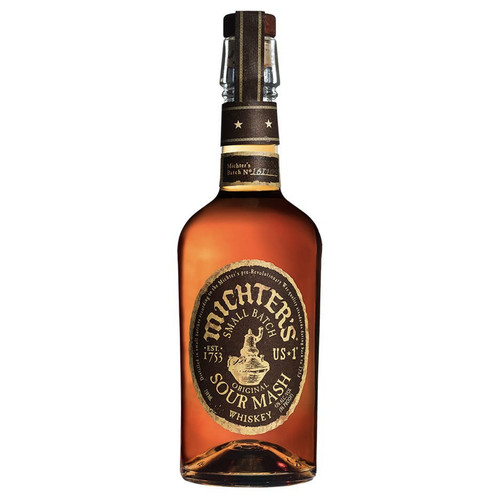 Michter’s Original Sour Mash was their most popular product during the 1970s and 80s, and now it’s back with a vengeance. Joining their US*1 line in 2012, this Whiskey stays true to the profile and palate of its predecessor. Michter’s dubbed its champion after the Spirit’s production process, in which previously fermented mash is used as the starter for the new batch. Like making sourdough bread, except better. Because it’s Whiskey.

Although its unique grain selection prevents it from being categorized as Bourbon or Rye, it doesn’t stop Michter’s US*1 Sour Mash from starting off like the former and finishing like the latter. It’s Michter’s way of masterfully pushing their mash bill envelope right to the edge of the Rye realm, without tipping over. Great to sip on its own, Sour Mash Whiskey is also perfect for a Bourbon based cocktail or a BBQ sauce ingredient to pour over your chicken on a hot summer’s day.

Nose / Aroma / Smell - Stone fruit, spice notes, with a touch of floral and a light oak.
Flavor / Taste / Palate - An ascension from sweet, smoky fruits, gliding towards flavors of caramel and honeyed vanilla.
Finish - A hotter Rye-like finish with lingering fruit and floral notes of the start.
Bottle Size: 750mL
×