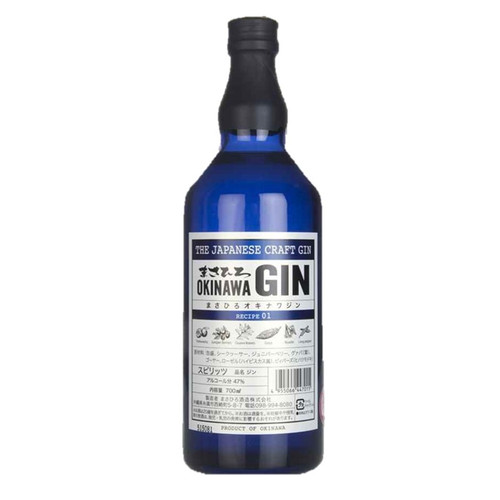 The Masahiro Distillery goes way back. It was around 1883 that Shozoku Higa, a renowned chef on Okinawa, the southernmost of the Japanese main islands, was granted the license to produce rice Spirits or Awamori. But it was his son Shobun Higa that ended up taking distilling. Today, more than a century later, their passion lives through Okinawa's first craft Gin ― the Masahiro Gin.

Masahiro Gin is crafted in the same way that local rice Spirits get distilled, using a vertical and horizontal still, resulting in a unique Japanese Spirit. Naturally, the botanicals reflect the terroir as well, the juniper berries being joined by 5 ingredients that reflect Okinawa's position between 2 oceans that have made the island a crossroads of different cultures: the local shekwasha citrus fruit, guava leaves, goya, hibiscus, and Javanese long pepper. But it isn't just the expertise, tradition, and Japanese culture that makes Masahiro Gin. It was also the seasonal wind that whips up Okinawa that breathed its magic into the very first drops that were distilled in 2017.

Masahiro distillery has been on the tropical southern island of Naha in Okinawa Prefecture, Japan since 1883. Their expertise lies in Awamori, Okinawa’s traditional spirit, so it is only natural that Okinawa’s first craft gin be made from an Awamori base. Masahiro Okinawa Gin Recipe No 1 has botanicals including roselle (from the hibiscus family), guava leaves, and long pepper, but the most interesting addition is goya, the green, Okinawan bitter melon. At 47% ABV, it’s bursting with floral flavours, tropical fruit, and green notes from the bitter melon.