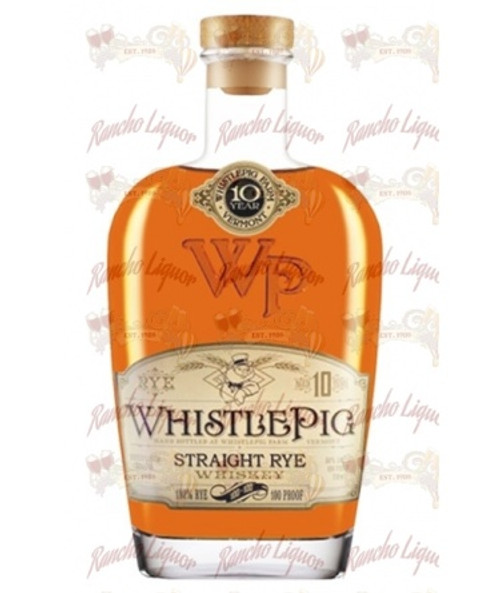 Aged a minimum of 10 years, WhistlePig Straight Rye Whiskey is a 100 proof, 100 percent rye whiskey hand bottled on a former dairy farm in Shoreham, Vermont. Founded in 2010, the WhistlePig Farm Distillery operates under the watchful eyes of Master Distiller Dave Pickerell, who formerly spent 14 years as the Master Distiller at Maker's Mark, and its proprietor Raj Peter Bhakta, who plans to grow organic rye on the farm for use in future batches.

On the nose, WhistlePig Rye displays bold, complex aromas of allspice, ginger, nutmeg, clove, orange peel, and anise which are complemented by notes of charred oak, caramel, and a hint of honey. Full-bodied and rich on the palate, sweet, warming notes of caramel and vanilla are followed by rye-spice and mint flavors, which blend seamlessly into butterscotch and dark chocolate on the crisp, creamy finish.