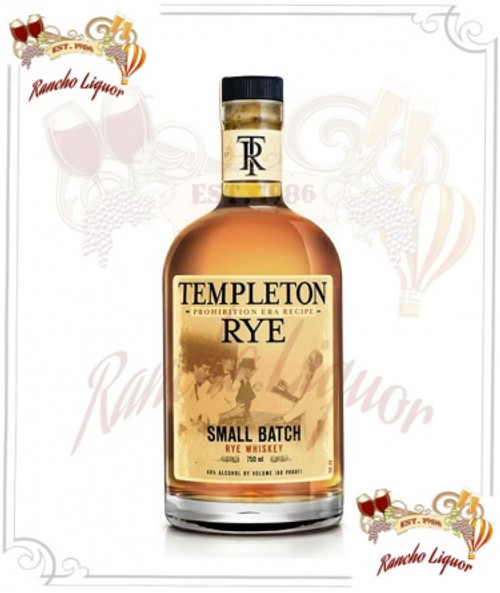 When Prohibition outlawed the manufacture and sale of alcoholic beverages in 1920, a few enterprising residents of Templeton, Iowa began illegally producing a smooth, high caliber whiskey known as Templeton Rye, or "The Good Stuff". This highly sought-after whiskey brought a certain degree of fame to Templeton, and as the premium brand of the era, Templeton Rye fetched an impressive $5.50 per gallon - approximately $70 by today's standards.

As word spread, the Templeton whiskey caught the attention of Al Capone and became his whiskey of choice. It quickly found its way to the center of Capone's bootlegging empire and hundreds of kegs were supplied to his gang every month, who in turn filled the demand of speakeasies throughout Chicago, New York and San Francisco.

Although most American whiskeys ceased production after Prohibition ended, Templeton Rye continued to be produced illegally in small batches for loyal patrons. More than 85 years later, this infamous whiskey returned and was made available legally for the first time ever in 2006.

The master distiller of Templeton Rye Whiskey utilizes the original Prohibition-era recipe formed by the Kerkhoff family - unique for the remarkably high rye content of its mash. By law, a Whiskey must be 51% rye to be classified as a rye whiskey, but Templeton uses a mash of more than 90 percent rye grains, with malted barley for the remainder. This recipe produces a smooth, balanced spirit with spicy, grassy aromas and rich notes of caramel, butterscotch, toffee and allspice on the palate. Every bottle has the batch, barrel, bottle number and bottling date hand-written on the label.