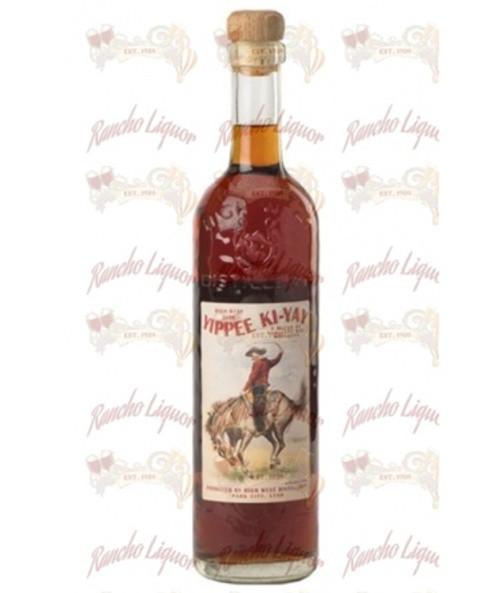 High West Yippee Ki-Yay Whiskeyis a dark amber in color, and has taken on a great deal of color from its time in the Vermouth and Syrah casks.

The nose also reflects this with cinnamon, rye, and oak spice supported by the vermouth botanicals including black pepper, juniper, sage, and thyme. The nose smells a little like a Manhattan cocktail. It's very well put together " all the elements come together in a way that makes sense, and it's integrated with nice complexity.

On the palate,Yippee Ki-Yay is spicy right out of the gate with rye, cinnamon, and oak spice. The mouthfeel here is fairly solid, a touch less lush than expected, but still pleasant. Moving to the midpalate, the level of spice really intensifies with the addition of anintense herbal note fromthe Vermouth. In the midpalate there's monster cinnamon, black pepper, sage, and thyme. It's also in the midpalate where we see the presence of the Syrah barrels, with an undercurrent of blackberry and actual Syrahwine. Delicious!