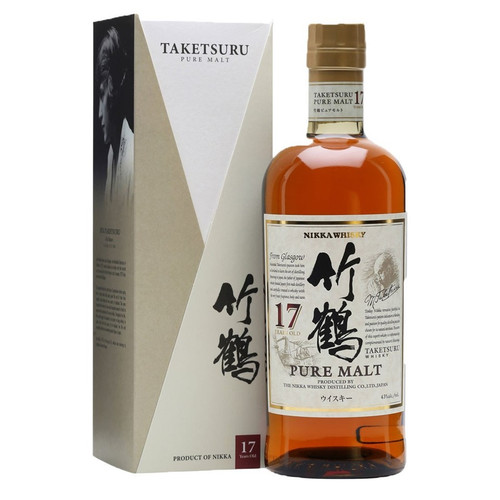 Nikka 17 Year Old Pure Malt Japanese Whisky wasrecently named "?World's Best Blended Malt' at the World Whiskies Awards for the second consecutive year. This award-winning bottle is part of Nikka's Taketsuru range; named in honour of Nikka founder and father of Japanese whisky, Masataka Taketsuru. He is widely credited with bringing the craft of real single malt whisky to Japan in the 1920's.

Nose:Dominated by rich oak and leather, with a touch of dried fruits and spices preceding the emergence of an understated smokiness.

Palate: Meaty with a strong kick of spice and oak. The complexity of the spirit becomes clear, with the maltiness evolving; its strength has drawn some comparisons to the peat monsters of Islay.

Finish: The complexity of the maltiness continues to emerge on a sharp finish, but is balanced with surprisingly sweet notes of vanilla.

Nikka From The Barrel 750mL