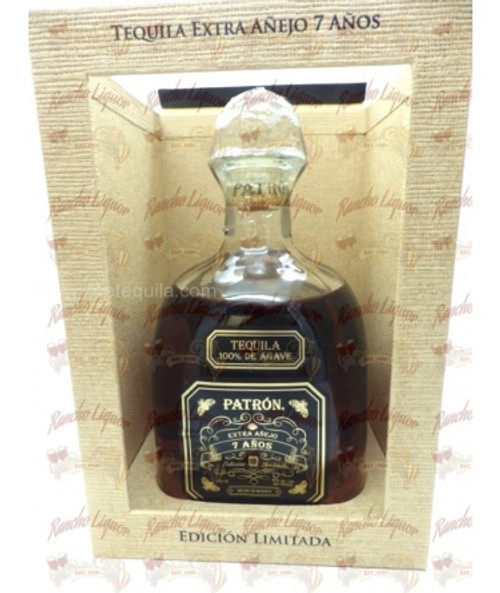 Despite the winning combination of low-to-the-ground barrels and atmospheric temperatures, Patron Extra Anejo 7 Anos was made in just 30 barrels in the Highlands of Jalisco, Mexico, and the tequila was originally supposed to age for a year. But the barrels stayed there year after year. After seven years, Patron tasted the tequila and realized this was something customers should have the opportunity to try.

The result is surprising because aging tequila too long can diminish its agave elements and leave you with something that tastes largely like wood. Instead, Patron ended up with 700 cases of something special that even the brand's master distiller Francisco Alcaraz admits might be impossible to replicate. In fact, Patron also recently tasted some five-year-old tequila and determined that it didn't meet its standards.

Patron Extra Anejo 7 Anos, which is billed as having a "smooth and sweet taste, with distinct notes of dry fruits, citrus, and light caramel" retails at $299 a bottle, making it slightly more expensive than Casa Dragones Joven and less pricey than Don Julio Real (aged for three to five years). Patron president and CEO Ed Brown says he knows that he could charge more for something this rare, but he wanted to make the price "accessible" for fans of luxury spirits.

Patron Extra Anejo 7 Anos is available at our liquor store"?until it's gone.