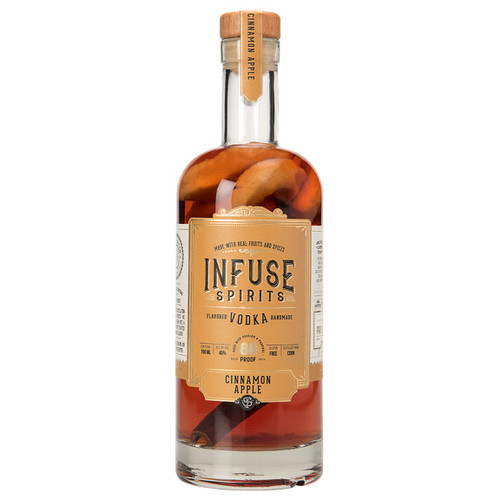 
"A whiskey-brown spirit with numerous apple slices floating at the top of the bottle. The nose is pure apple, with touches of cinnamon, just like grandma used to bake. Smooth as silk on the body — the vodka is really only evident on the finish, as the sweet, dessert-like character of the product takes center stage... a fun change of pace to be sure." 'A' Rated Vodka. -Christopher Null, Drinkhacker.com