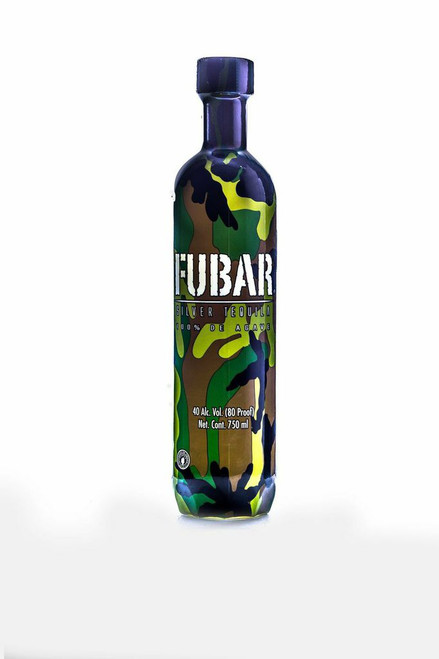 FUBAR Silver Tequila is a wonderful solid, bold, sweet, and fruity tequila. A great tequila to use in mixers, or on the rocks. You will not be disappointed.

The meaning: FUBAR is a military term that basically means, maybe you were not where you were supposed to be, got unlucky in battle, or are feeling the effects of battle, and as such- you have become...... FUBAR (F'd up beyond all recognition). This term dates back to World War II. Such is the theme in the camouflage, war-inspired bottle design.

The story: FUBAR Tequila was founded by George Harris and legendary Rogue warrior and "Shark Man of the Delta"- Commander Richard Marcinko, a retired Navy SEAL Commander and Vietnan War Veteran. FUBAR is produced at Integradora San Augustin S.A. DE C.V. in Jalisco- NOM 1547 in the highlands (Los Altos) of Jalisco, in Tototalan.