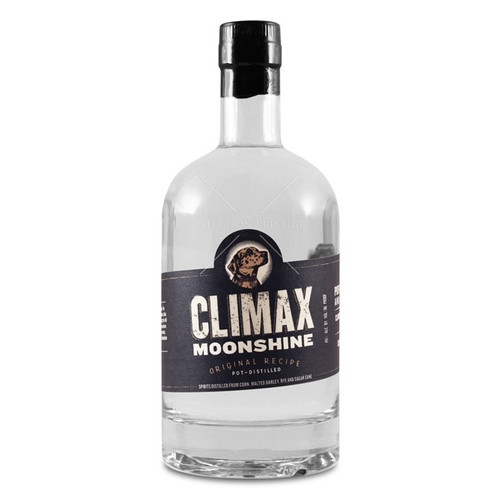 Climax Moonshine Whiskey has been known beyond its borders at least since the DMAX series "Moonshiners - The Black Burners of Virginia" went on air. Founder, Tim Smith, and his dog Camo, are practically icons. That's why you see not only the dog on the label, but also Tim on the inside - of course with dungarees, completing the moonshiner stereotype.

What was once an illegal campaign for America's most wanted moonshiner is now of course legal. The only difference is the alcohol tax. Previously Tim Smith worked with his friend Steven Tickle in the forests of Virginia using an old original family recipe with corn, rye, barley malt and sugar cane. The resulting moonshine is insanely popular because it reflects the culture of the high-proof alcohol and comes with a full character.

TASTE: The Ultimate combination of cinnamon and the authentic taste of Climax white whiskey

FINISH: One of a kind finish with smooth and warm cinnamon