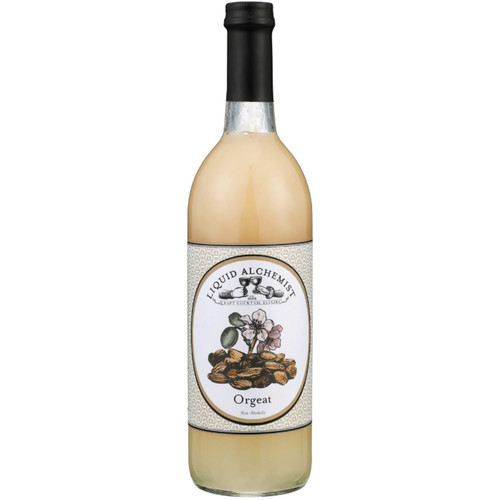 Sweet and subtle with a rich and nutty aroma, almonds can make any cocktail, mocktail or coffee drink more cozy or exotic. Our Almond Orgeat Syrup is used as a balancer flavor with hot or cold cocktails.

Almond Orgeat syrup is a sweet syrup made from almonds, sugar, and sunflower lectin, and sea salt. It was originally made with a barley-almond blend. It has a pronounced almond taste and is used to flavor many cocktails. Orgeat syrup is an important ingredient in the Mai Tai and many Tiki drinks.

Many classic cocktails, tiki drinks, and soda fountain drinks use orgeat syrup as an important flavor component. It is most famous for contributing to the original Mai Tai, but it can be found in many other classics including the Scorpion, Japanese cocktail, and the traditional French drink called the Momisette. Orgeat, sometimes called “French Orgeat”, is simply a sweetened almond syrup with a little orange flower water. The origins of this syrup are interesting, and the taste and versatility in drinks are impressive.

Orgeat is the French form of the word which originated from the Italian word orzata which means barley water or sometimes almond. The Spanish word Horchata or orxata has a similar origin. This syrup is an oil-water emulsion of the oils in the almond. This makes orgeat very similar to milk. Before using almonds, these emulsions were made with barley.