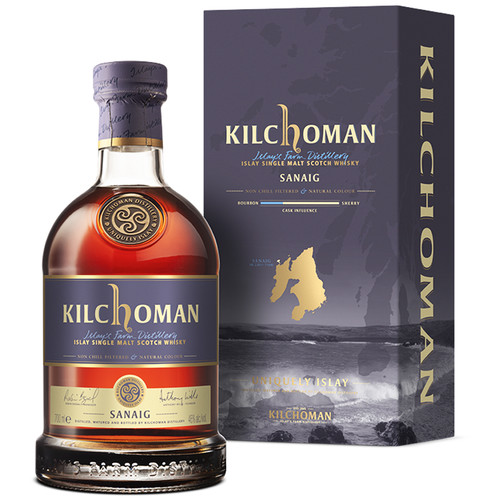 Named after an inlet on Islay’s rugged Atlantic coast, Sanaig is a vatting of both sherry and bourbon casks. The high proportion of Oloroso sherry influence adding a balance of dried fruits and spices to classic Kilchoman citrus sweetness and peat smoke character.

The west coast of Islay, from Portnahaven to Sanaigmore, is regularly battered by strong Atlantic storms. The high winds and rough seas have carved into the coastline to dramatic effect, creating a rugged beauty mirrored in the whisky after-which it was named.