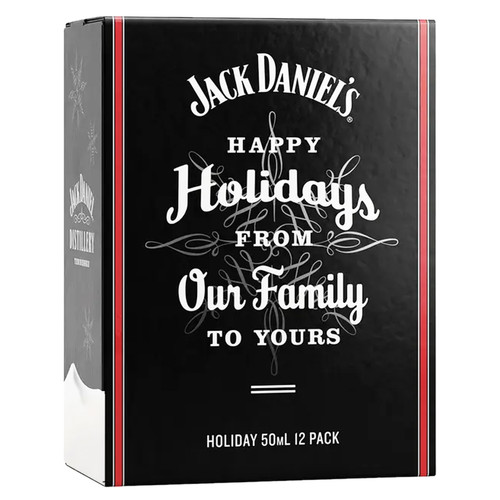 Jack Daniel’s wants to help you countdown to the holidays with its Jack Daniel’s Holiday Calendar, featuring various 50ml bottles from the Jack Daniel’s family of brands as well as additional premium items. This is the (12) 50ml Bottle Calendar.

This is a very limited release calendar it will sell out quickly.