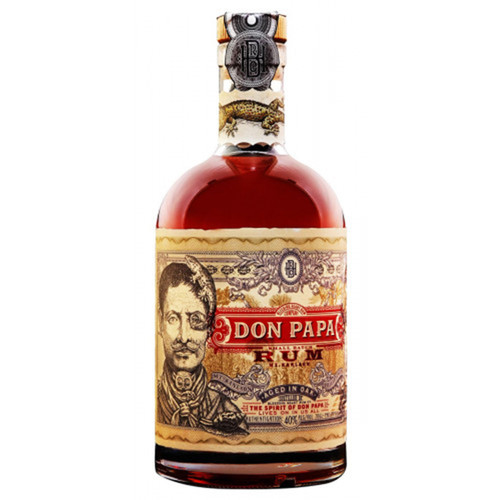 The First Sipping Rum from the Philippines.

Don Papa was started in 2011 by Stephen Carroll, a former exec at Remy Cointreau. Inspiration came during a visit of Philippines’ sugar capital of Negros. Carroll was fascinated by the stories of an island that had everything; from the World’s finest sugarcane, beautiful beaches, mountains and volcanoes… even guerrillas in the hills. He deemed it only natural for Philippine Rum to be produced in Negros.

The brand Don Papa was inspired by an unsung hero, a healer, shaman, seer, rebel, and leader of a group of babaylane, who played a key role during the late 19th-century Philippine Revolution.

Don Papa Rum was aged for 7 years in American oak barrels in the foothills of Mount Kanlaon. It’s the first sipping Rum of the Philippines, where the majority of Rum consumed is mass-produced, cheap and mainly meant to be mixed. But like everywhere around the World, people are waking up to pristine, small batch and craft products.

Smooth and delicate. Vanilla, oak, honey with notes of candied fruits throughout.