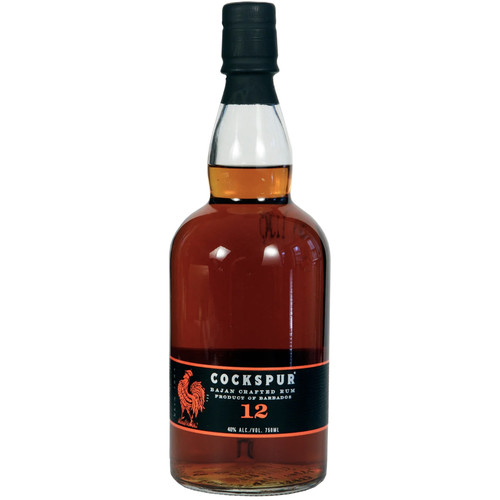 Aged in used bourbon casks, this rum earned a score of 93 points at the Ultimate Spirits Challenge in 2011.

Cockspur 12 Bajan Crafted Rum, which was introduced in 1984 to celebrate Cockspur's centennial anniversary, is a blend of some of the oldest rum aging at West Indies Rum Distillery. After blending casks of rum together based on their flavor profile and maturity (most of which are at least 12 years old), Cockspur's Master Blender lets each blend marry for a few days before bringing the rum to proof using coral-filtered spring water. Cockspur 12 Bajan Crafted Rum has notes of dried tropical fruits, vanilla, toffee and rich oak that earned it a score 93 points at the Ultimate Spirits Challenge in 2011.

Initial notes of slightly sweet, caramelized molasses, toffee, dried fruits, vanilla and nuts. Mid-palate is slightly spicier, with a touch of cinnamon. Finish is medium-bodied with a pleasant, dry warmth.